MYTH: Switching to Diet Soda Will Help Me Lose Weight 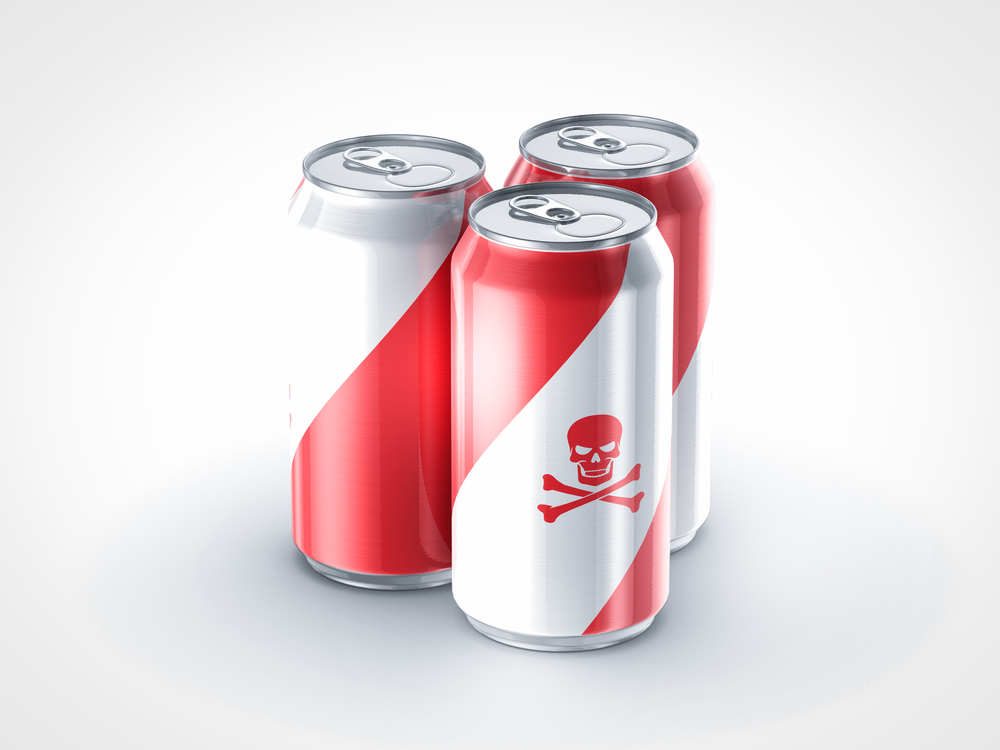 Everyone knows that drinking regular soda is bad for you – it's full of sugar! But what about diet soda? It's zero calories and has the same great taste, so it MUST be the better alternative if you want to lose weight, right? Well, not so much. Here's why.

The Truth: Not only is diet soda NOT helping you lose weight, it has countless negative effects on your health.

Diet soft drinks were once viewed as the ultimate solution to sugar-filled, calorie-laden juice drinks and sodas. Zero calories with the same soda taste? I’ll admit it; I fell for it, too! My diet-soda addiction was basically out of control until I quit cold turkey years ago. I had no idea how harmful the artificial sweeteners and chemicals in my soda could be to my body until I did the research. Once I did, it was easy for me to give it up. Here’s what you DON’T know about diet soda and why it’s actually not helping you lose weight.

Diet soda is loaded with artificial sweeteners and chemicals that can be harmful to your body. Most are sweetened with at least one of these sugar substitutes: acesulfame potassium (marketed under the brand names, Sunett®, Sweet One®), aspartame (Equal®, NutraSweet®), or sucralose (Splenda®). And, yes, they are approved by the FDA, but now hear this: For the past few decades, scientists have studied the effects of artificial sweeteners on both animals and humans. The scientific studies vary significantly: Some show no conclusive, harmful effects to humans, while other studies, mostly on laboratory rats, link these sugar substitutes to cancers, tumors, thyroid issues, and — ironically — even weight gain. According to the National Cancer Institute, laboratory rats that were given cyclamate and saccharin had higher rates of bladder cancer. This led the FDA to ban cyclamate in the United States in 1969. Aspartame was linked to lymphoma and leukemia in rats at very high doses (eight to 2,083 cans of diet soda daily). Although aspartame and other sweeteners including acesulfame potassium, sucralose, and neotame, are still considered safe for humans to consume, is it really worth the risk to your health?

Research has shown that artificial sweeteners may cause you to eat more. When we eat regular sugar, our bodies register the sweetness and come to understand that very sweet things contain a lot of calories. Studies suggest that using artificial sweeteners, tricks our bodies so that our internal ability to count calories is thrown way off. A study from Purdue University’s Ingestive Behavior Research Center showed that rats given “no calorie” sweetener ate more, thereby gaining more weight and body fat than rats that ate regular table sugar. The psychologists in the study reasoned that the artificial sweetener tricked the rats’ brains into thinking they would be consuming more calories, and when the calories didn't come, their metabolisms got shaken up and had trouble regulating appetite: This made them want to eat more. The study concluded that eating artificially-sweetened foods would eventually lead to greater weight gain than eating foods sweetened with regular sugar would.

“Diet” doesn’t mean calorie-free. If you still want to drink diet soda, consider that the “no calorie” claim doesn’t actually mean “zero.” Although diet sodas with aspartame may be labeled as “calorie-free,” aspartame breaks down in the body into methanol and amino acids, which generate calories. The caloric amount is small enough for beverage companies to list as “no calorie” (fewer than five calories per labeled serving, according to FDA standards), but keep in mind that drinking diet soda in excess will definitely add extra calories to your diet. For "low-calorie" sodas, by the way, the FDA standard is greater than 30 calories but no more than 40 calories per labeled serving.

Quitting soda isn’t easy, but it’s necessary. I recommend quitting cold turkey to eliminate your sweet cravings. If it’s the caffeine fix you desire, then there are plenty of other beverages to enjoy. Try a cup of green tea or an organic cold brew like Lucky Jack for a safe energizing drink. If it’s a flavored alternative to water that you’re looking for, start with sparkling or regular water, then add cucumbers and oranges for a zesty flavor. I also love mixing two tablespoons of all-natural juices from Trader Joe's (like their cranberry and pomegranate juice) with sparkling water and a slice of lime. I get antioxidants and vitamin C from the cranberry and pomegranate juice for just 30 calories — and no chemicals.

The Bottom Line: Diet soda will not aid your weight-loss efforts and has several negative effects on your body. Ditch the diet sodas and find healthy fixes that really do help, not hurt, your efforts to meet your goals.