MYTH: If You Want To Slim Down, Go Gluten-Free 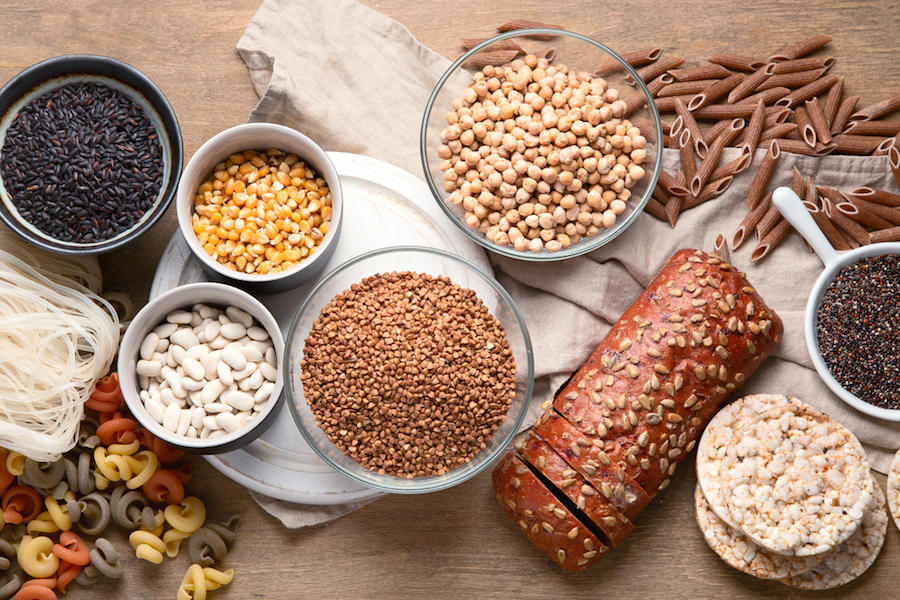 Whole grains are part of a healthy, balanced diet, but thanks to all of the hype around gluten-free foods many believe going "g-free" can help shed some extra pounds. Let's take a look at the facts and see if this is a new diet fad bandwagon worth jumping on and shelling out the big bucks for.

The Truth: Only about one percent of the American population needs to be gluten-free because of an autoimmune disorder called celiac disease. Most people do not have to worry about gluten and should eat whole grains as part of a balanced diet.

Recent reports state that the gluten-free market in the United States was $4.2 billion and on the rise, and many reports out there indicate that healthy people are spending their hard-earned dough on gluten-free products that they probably don’t need. You’ve seen the products everywhere, but you may be wondering what gluten is and why it might be the culprit for why you’ve packed on the pounds over the last few years, as some have claimed.

Gluten is a protein found in wheat, barley, and rye. And in fact, you’ll find it in many foods, medications, and everyday items — not just your bread and cookies. Other foods like cereal, soy sauce, whey products, alcoholic beverages, such as beer, and even beauty products, such as lip balms, may also have gluten in them too. There are some people — about 1 in 100 — who suffer from an autoimmune disorder called celiac disease whose small intestines cannot process gluten properly and it causes a serious response in their digestive system. Unless you have celiac disease or are allergic to gluten, going gluten-free will not give you any additional health benefits. There are also some people, who experience gastrointestinal bloating, cramping, headaches, or other discomfort after eating foods that contain gluten and may have a non-celiac gluten sensitivity. Many of these folks and those with gluten allergies will choose to eliminate or avoid gluten. The average person won’t get any additional health benefits from foods with the “gf” labels and these new products may even be less healthy. In addition, one Canadian study compared the costs of 56 ordinary grocery items and found that on average, the gluten-free products were 242% pricier than the gluten-containing versions.

Gluten is not harmful to your health and is not making you gain weight. Since so many foods now come in gluten-free versions, it’s easy to think that they are a better alternative — which would be wrong. Gluten is found in many whole-grain foods that have an array of vitamins, minerals, and fiber and are vital to a healthy diet. People who eat three servings of whole grains a day are 30 percent less likely to develop type 2 diabetes. The right mix of healthy carbohydrates, like whole-grain products, is the best way to control your blood sugar and avoid diabetes — plus they help to keep you full throughout the day. Whole grains are also the vehicle for many of nature’s disease fighters, like phytochemicals. Without these foods, we’d be sitting ducks for cancer, heart disease, and more. So when you’re cutting out gluten for no real reason, you’re losing all of the nutritional benefits found in foods with gluten.

Gluten-free foods aren’t better for your health. Don’t be fooled — gluten-free doesn’t automatically mean “low calorie” or “healthy.” In fact, gluten-free foods are not only more expensive, but full of extra calories and sugars to make up for taste and texture when alternative products are swapped. They also tend to have less fiber than their gluten-containing counterparts. Unless people are careful, a gluten-free diet can lack essential nutrients since a lot of the gluten-free products tend to be low in B vitamins, calcium, iron, zinc, and magnesium. Another rule of thumb, don’t confuse “gluten free” with “low carbohydrate,” some gluten-free pastas are actually higher in carbohydrates than regular pasta.

Weight loss comes from balanced, healthy diets — gluten free or not. When you’re trying to lose weight, the key is to make conscious choices about eating whole, real foods and getting produce without pesticides, and meat without hormones and antibiotics. If you need to go gluten-free, consult your doctor or a nutritionist to determine the best eating plan for your lifestyle, but in general, select more fruits, vegetables, lean meat and more naturally gluten-free grains, like brown rice or quinoa. Also, keep in mind that some gluten-free foods can be processed in factories that also process gluten foods leading to cross contamination.

The Bottom Line: If you want to lose weight, you shouldn’t cut out an entire nutrient in your diet, such as gluten. Save money and focus on creating a calorie deficit while eating a variety of organic, nutritious, whole foods and exercising regularly in order to maintain a healthy lifestyle.